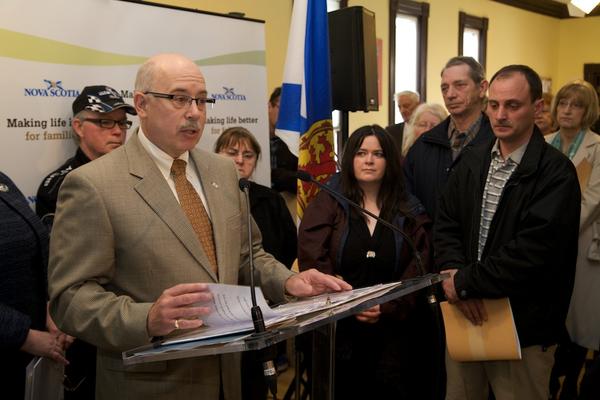 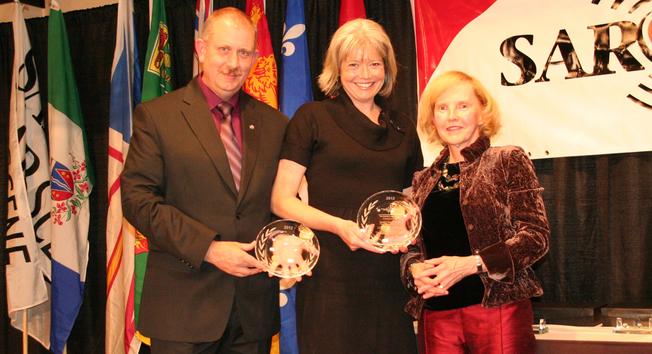 Project Lifesaver was established in April 1999 as an initiative of the 43rd Search and Rescue Company of the Chesapeake Sheriff's Office in Virginia.

Project Lifesaver uses a Radio Direction Finding (RDF) system. RDF is a technique used to determine the location of a transmitter based upon the strength of the radio frequency signal produced by the transmitter.

In 2009 Ron Arenburg was searching for a means to aid in the search and recovery of at risk individuals. Ron’s father had been diagnosed with Alzheimer's, and wandering had become a concern. Ron researched a number of technologies, but he decided that for his father Project Lifesaver’s radio RDF program was the right one.

Ron contacted Gary Smith, Manager, Protective and Emergency Services for the Municipality of the County of Kings. Gary brought together the various stakeholders and Ron presented the group with his research. With Gary’s leadership Project Lifesaver Association of Nova Scotia (PLANS) was officially formed April 28, 2010.

On July 28, 2010 PLANS and VSAR placed the first five transmitters in Nova Scotia.

Clients who are a part of the Project Lifesaver program wear a radio wrist transmitter emitting an automatic tracking signal. Should their loved one go missing, caregivers are instructed to immediately contact 911.

Project Lifesaver requires a minimum of 2 searchers and recovery has been an average of under 30 minutes.

On April 12, 2011 Justise Minister Ross Landry announced  Federal Funding from the National Search and Rescue Secretariat in Ottawa to train and equipment all 24 Ground Search and Rescue agencies in the province of Nova Scotia.

​
Géraldine Underdown, executive director of the National Search and Rescue Secretariat, right, presents an award to Ron and Nancy Arenburg of South Alton for their efforts to bring Project Lifesaver to Nova Scotia.

On November 18th, 2012  Ron and Nancy Arenburg as well as Valley Search and Rescue were recognized by the National Search and Rescue Secretariat at the SAR Awards of Excellence Banquet for their work and innotation in bringing Project Lifesaver to residents of Nova Scotia.

Upon their return home Ron and Nancy Arenburg where recognized from the floor of Province House by Minister of Education Ramona Jennex on November 22nd, 2012.

Ron & Nancy Arenburg retired as of December 31, 2015. It was their research of tracking systems that ultimately brought Project Lifesaver to Nova Scotia. Through countless hours of dedicated service, they developed PLANS into a well-documented program for subsequent management. As members of Valley Search and Rescue, they coordinated training for every team in Nova Scotia, as well as PEI and a team in NB. David McCoubrey also retired as Past President after having served six years on the board. Kevin Beard resigned as Operations Manager effective March 19, 2015. Thanks are extended to these people for their time and dedication to the program.

Project Lifesaver has over 1300 participating agencies across the U.S., Canada, and Australia.

Project Lifesaver has had over 3390 successful rescues since inception in 1999.

With the support of the local community and the organizations in Nova Scotia, Project Lifesaver will spread across the Province.